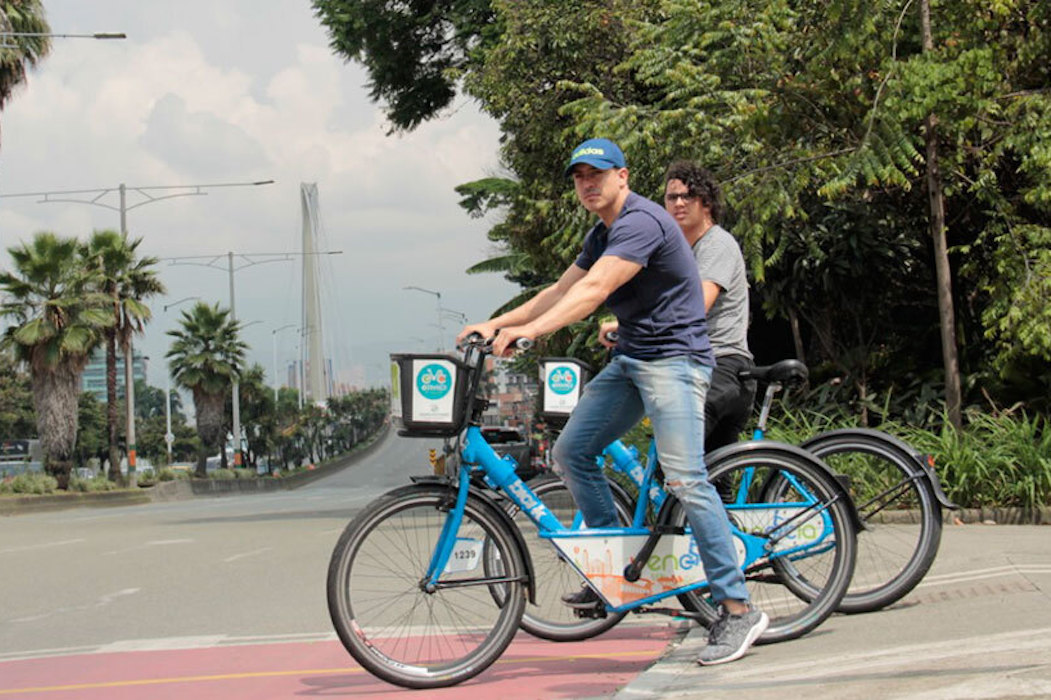 Big cities have bigger challenges every day to face the mobility of their citizens. Whether for work, study, housing or other activities, moving from one place to another on massive scales is a great source of environmental pollution, even if we take into account the use of public transport services such as buses, subways or taxis.

Fortunately, one of the great solutions to this scenario is also a different means of transport: the bicycle, now rethought in the world as a green form of mobility not only conceived for recreation or physical exercise of people but for daily transport, and that in this context has the important characteristic that it does not produce any type of emissions to the environment.

Increasingly, the cities of the world are betting on the bicycles as a contribution and a sustainable complement to the current realities of public transport. This action is being carried out not only by generating incentives for people to use bicycles, but by creating large systems within cities – parallel to public transport – to allow the greatest possible movement of these, with more and more stations, roads, parking lots and facilities for bike users.

This is the framework in which, on July, the discussion “Electric Bicycles, sustainable and inclusive mobility alternative: experiences, challenges and opportunities” was held. The event was attended by representatives of the Metropolitan Area of ​​the Aburrá Valley (AMVA), Mexico City and Rio de Janeiro.

The discussion was focused on showing the different characteristics and particularities that cities have implemented in their bicycle transport systems. The representatives learned about the advances that their counterparts have had in recent years, such as the implementation of new technologies and ways of using the systems to attract more users, and even to sustain them during the pandemic generated by Covid-19.

Among the main ideas that were discussed during the conversation was the topic of electric bicycles. In Rio de Janeiro and Mexico City there is already the possibility of using them, while in the bike system of Medellín and its Metropolitan Area this process has not yet been implemented. However, the importance of the Colombian city being able to continue with this was recognized, since the steep topography of Medellín requires that sometimes there are bicycles capable of transporting users up steep hills.

This, of course, would help to greatly grow the system in the city in terms of reach, so electric bikes can revolutionize it in a positive way.

The AMVA, through its director Juan David Palacio, recognized the capital importance that bicycle transport systems “can help mobilize cities and regions to be sustainable and inclusive”, in addition to promoting a healthy lifestyle for its inhabitants.

The financing of these systems is also an important point on which the cities shared experiences: while in Rio and Mexico City the use of bicycle systems requires a paid membership, the service provided in Medellín is free. In this regard, the cities mentioned the ways in which the systems have been financed and sustained over time. In the same way, the representatives discussed the multimodality aspect of bicycle systems, since in the three cities these are integrated with other means of public transport, so that the mobility offer for people always allows them to reach more far.

In this regard, Ireri Brumón deputy director of Mexican Cycling Systems, highlighted that the transportation of citizens is one of the greatest challenges for Mexico City, and that its inhabitants sometimes require up to two hours to move to their work or study spaces. For this reason, then, the bicycle system is not only a sustainable transport alternative, but it is also a clear relief for the mobility of a city that faces this situation.

ICLEI Colombia provided this space for different cities to share ideas and come up with more practical solutions in terms of sustainable mobility. The discussion left the idea of ​​replicating the meeting on other occasions and even with new actors.

During the event, AMVA representatives recognized that they benefited from the learnings of the Rio and Mexico City models to explore their green mobility options. ICLEI hopes to organize future exchanges, also with other cities, to accelerate the transition towards sustainable mobility in the world.

Cities and how important it is to build public policies for food s...