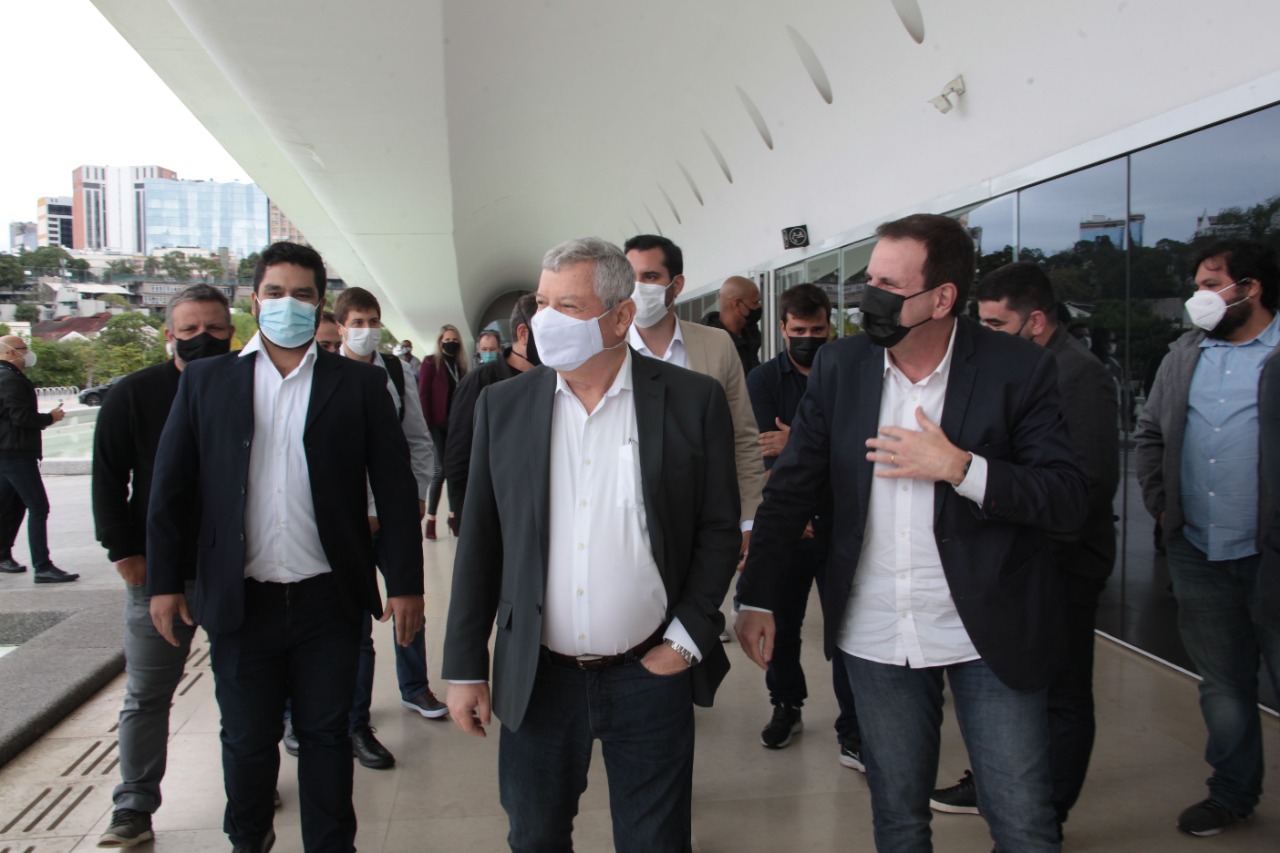 The city of Rio de Janeiro and the municipality of Niterói signed, this Wednesday (20), a cooperation agreement to defend a single agenda to combat the climate emergency, focusing on water resources management. The plan is to form a “megacity” for public sector representation in the United Nations Alliance of Megacities for Water and Climate Education, Science and Culture (UNESCO).

The term was signed by the mayors of Niterói, Axel Grael, and Rio de Janeiro, Eduardo Paes, at the Museum of Tomorrow, in downtown Rio. The municipal secretaries of Rio’s Environment, Eduardo Cavaliere, and Clima de Niterói, Luciano Paez, are the representatives of the two prefectures. Besides Rio-Niterói, São Paulo is the other Brazilian megacity.

Niterói mayor Axel Grael stressed that the climate issue is possibly the most urgent on the sustainability agenda today:

“Niterói and Rio are the two sentinels of Guanabara Bay, we have much in common in geography, in people’s daily lives. So it makes sense to work together to prepare our cities to live with the problems ahead. We will also have the important role of calling attention to other cities and parts of the country walking along with us in this effort,” said Axel.

“This is a special moment because it consolidates a partnership that is becoming a good habit. They are two cities with very similar geography and are at the two ends of Guanabara Bay. Niterói addressed in a very early way the issue of basic sanitation, is an island in a very complex Metropolitan Region. The environmental agenda today is a social agenda, because those who suffer most are the poorest and most vulnerable, “said Mayor Paes.

Niterói aims to neutralize carbon emissions by 2050. The city council finalizes its planning to present it by the end of the year. The city has the first Secretariat dedicated exclusively to climate issues. Niterói City Hall already develops projects aimed at environmental education, preservation of parks and forests, recovery of the Piratininga Lagoon, reforestation initiatives, control of greenhouse gas emissions, sanitation, among others.

The municipal secretary of Niterói Climate, Luciano Paez, said the city is building a symbolic act of strength within the climate agenda. “We will develop work so that the next generations recognize the sensitivity that the two cities will make in integrated management,” said Paez.

Rio and Niterói and have plans with ambitious goals to face climate change. In March 2022, the capital announced the Sustainable Development and Climate Action Plan (PDS), which sets targets for 2030 and 2050. In the PDS, there are a total of 134 targets established to be reached by 2030, divided into 978 actions, in addition to measures expected to be achieved by 2050. One of the objectives is to achieve, by 2030, a 20% reduction in greenhouse gas emissions in relation to 2017 emissions.

Journey of the cities:

Rio de Janeiro is one of the oldest members of the ICLEI Network in South America. Associated since 1993, the city has developed several projects along this journey, participated in important events – such as COP25, in Madrid – and received support for the creation of programs to promote sustainable urban development.As part of the Urban-projectLEDS, Rio de Janeiro received financial support for demonstrative action in Sustainable Schools, enabling the installation of hybrid solar and wind energy generators in six schools.

In 2020, the city promoted the first round of acceleration of ICLEI Innovation. In the same year, it began to coordinate nationally the CB27 Forum. In addition, Rio de Janeiro was included in the Waste Management project and participates in the CITYFOOD platform.

The neighboring municipality, Niterói, has been part of the ICLEI Network since 2017, the same year in which it signed a commitment to the Global Compact of Mayors for Climate and Energy. In 2019, ICLEI supported the city in the elaboration of the Botanical Guide and the Greenhouse Gas Emissions Inventory. This year, the city officially launched the Climate Secretariat, which will have the function of structuring and advancing the municipal climate agenda, acting transversely with other government areas.