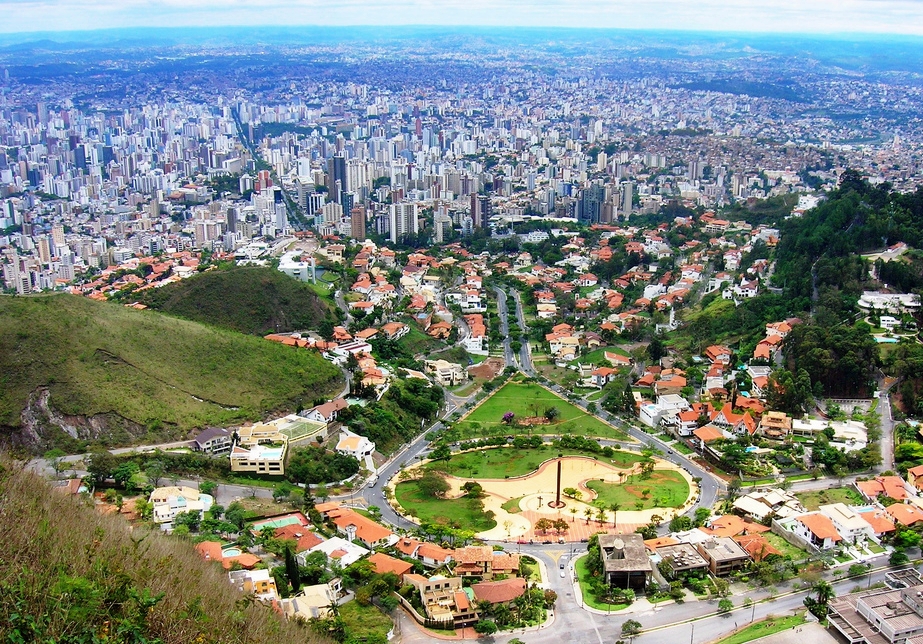 Established in April 2021, the initiative is led by the Minas Gerais Development Bank (BDMG), the French Development Agency (AFD), the Global Fund for City Development (FMDV) and the Institute for Sustainable Development and International Relations (IDDRI) and aims to strengthen the strategic role of the Subnational Development Banks in financing the implementation of the Global Agendas in the cities and territories of Latin America. In this sense, the initiative is fundamental in reducing the financial deficit for sustainable urban and territorial services and infrastructures in the region.

For ICLEI, the partnership is another opportunity to strengthen support for the financing of sustainable urban and territorial services and infrastructures of governments that seek tangible improvements at a global level and meet ICLEI’s performance in the development agenda and promotion of “green funding”.

“The Alliance plays a key role in strengthening the responsibility of banks and strengthening them so that they can increasingly adopt vigorous sustainability criteria for financing sustainable development projects,” says Rodrigo Corradi, Assistant Executive Secretary of ICLEI South America.

“The Alliance is open to all partners and funding institutions. With this network, we hope to contribute to create adequate financing conditions for the construction of a new economy and smarter, sustainable and fair cities, “said Sergio Gusmão, president of the Minas Gerais Development Bank (BDMG).

“At this time of many challenges for Latin America, the need to offer support to local governments is essential, which will require a specific effort to assist the regional economy in the short and medium term,” added Mariana Flores, regional director for Latin America of the Global Fund for Urban Development (FMDV).

Growth in the international scenario

With the need for support and resources increasing every day, the issue of climate finance is already considered one of the most important means of implementing the agenda for mitigation and adaptation of the United Nations Framework Convention on Climate Change.

With resources made possible by public and private sectors, through multilateral, bilateral, national, regional and private channels, this technique makes it possible to support actions that seek to reduce the causes or effects of the climate crisis and that will help the planet reach the goal of limiting global warming to an increase of 1.5°C above pre-industrial levels.

Although many countries lack the financial resources to make the transition to a more sustainable way of life, according to the UN, climate finance is a key point. This is because not investing in shares will cost even more if thought in the long run.

Initiatives of the ICLEI

In addition to joining the Alliance, ICLEI South America has several initiatives that promote the cycle of sustainable financing in the cities of its region. Conducted in partnership with the Institute for Climate and Society (ics), the “Amazon for Climate: Green Finances for Local Governments” seeks to stimulate access to funding for local climate action in the Brazilian Legal Amazon region.

The Transformative Actions Program (TAP) – Transformative Actions Program, for example, connects local and regional governments, technical experts and financial institutions. With this, it presents itself as an innovative initiative to catalyze and improve capital flows so that cities and regions strengthen their capacity to access climate finance and, still, attract investments. The initiative is led by ICLEI and has several partners such as C40, GIZ, European Investment Bank (EIB), UN Capital Development Fund (UNCDF) and United Nations Human Settlements Programme (Un-habitat).

Another example of initiative is the LEDS Lab. Elaborated by ICLEI South America, the methodology enables local governments to increase the bankability of their projects, aiming to build internal capacity in cities and provide support for the elaboration of projects that can be financed. Four cities were selected to participate, two in Brazil (Belo Horizonte and Recife) and two in Colombia (Envigado and Tópaga). The process is closely monitored by financial institutions to ensure that financial criteria are considered at each stage of local projects. At the end of the process, the project’s resources are made available as initial capital for the implementation of a pilot project per participating city.

→ LEDS Lab will promote events to launch demonstration projects in Brazil and Colombia. In October, the Econúcleo do Parque da Jaqueira, in Recife, will receive the launch of the Renewable Energy and Climate Change Education Center, an initiative carried out by Recife City Hall in partnership with ICLEI South America.

→ Soon, the pilot project of energy efficiency will be inaugurated at the Herbert de Souza Municipal School in Belo Horizonte, which installed a photovoltaic system of electricity generation in the municipal public equipment. On Friday, September 24, still in Belo Horizonte, it will be the turn of the opening of the Educational Center in Mangabeiras Park.

→ In Colombia, the LEDS Lab will have territorial interventions in two cities: Tópaga and Envigado. In Tópaga, on October 21, the photovoltaic system of electricity generation will be inaugurated in the Educational Institution Carlos Julio Umaña – Primary Headquarters (IECJU). In Envigado, on October 26, the launch of a similar photovoltaic system installed in the Department of Environment and Agricultural Development (SMADA) takes place.

Aimed at urban populations in situations of greater vulnerability in the face of present and future climate events, the project aims to contribute to the critical infrastructure and people are better prepared and protected in the face of natural disasters. To this end, the initiative, which is supported by the implementation of ICLEI South America, will work to ensure that Latin American cities incorporate insurance into their climate risk management strategies.

Together with its Network of associates, the organization will continue to work on this agenda from three fronts: increasing access to information; training, financial education and training for public managers; and facilitating greater rapprochement between local governments and banks and development agencies.

With this, the objective is to accelerate the cycle of these financing from the promotion of a greater understanding, by the banks, of the needs of governments and, at the same time, of the training of public managers in relation to the financing lines and their selection criteria.

The Alliance of Subnational Development Banks of Latin America and the Caribbean is a collaboration between the French Development Agency, the Minas Gerais Development Bank, the Global Fund for City Development (FMDV) and the Institute for Sustainable Development and International Relations (IDDRI).

Among its objectives are to support public social development banks in Latin America and the Caribbean to: