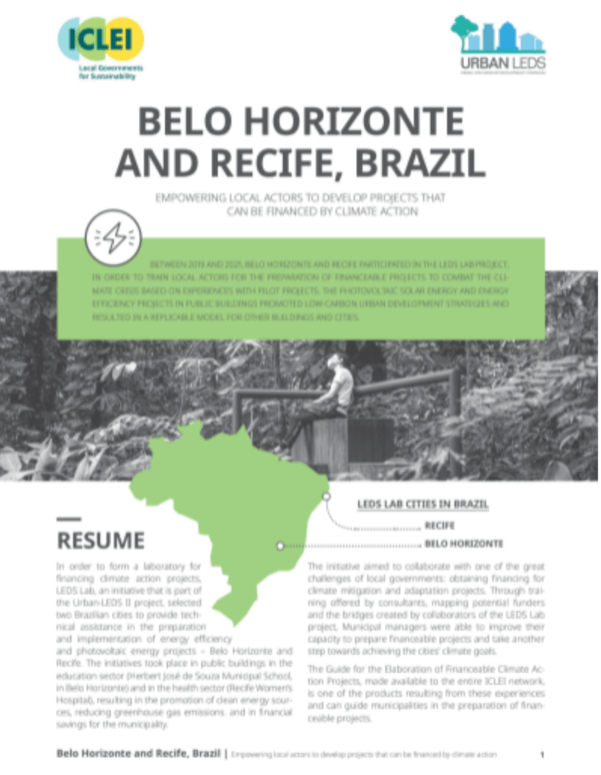 Between 2019 and 2021, Belo Horizonte and Recife participated in the leds lab project, in order to train local actors for the preparation of financeable projects to combat the climate crisis based on experiences with pilot projects. the photovoltaic solar energy and energy efficiency projects in public buildings promoted low-carbon urban development strategies and resulted in a replicable model for other buildings and cities.

The LEDS La is a laboratory for financing climate projects, launched in 2019. It aims to improve the installed capacity in city halls for the elaboration of bankable projects, considering aspects of mitigation and adaptation to climate change.

LEDs LAB is part of the Urban-LEDS II “Accelerating Climate Action through Promoting Low Emissions Urban Development Strategies” Project, which has as its main objective to make low-emission development strategies a fundamental part of urban policy and planning in cities.