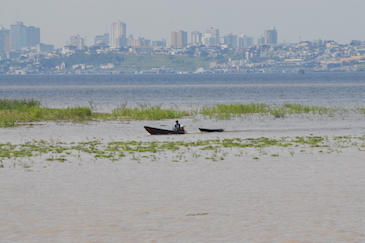 Project strengthens climate financing with local governments in the Amazon

Partnership between ICLEI South America and the Climate and Society Institute (iCS) intends to increase access to financing for local climate action in the Brazilian Legal Amazon region. 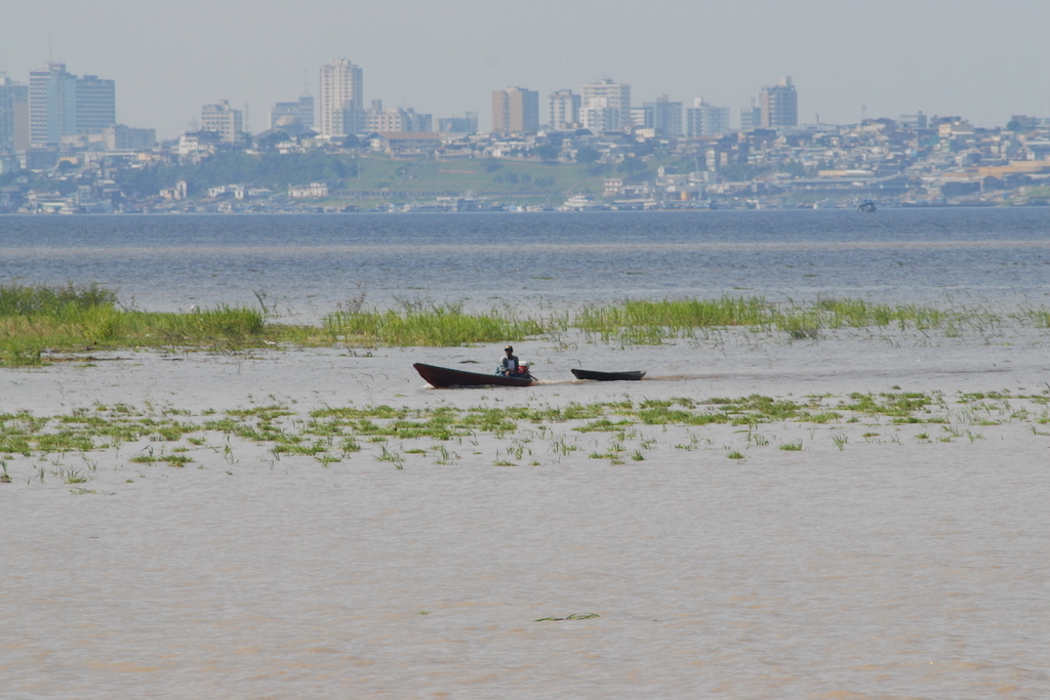 Considered one of the means of implementing the mitigation and adaptation agenda by the United Nations Framework Convention on Climate Change (UNFCCC), climate finance refers to the execution of projects and actions that aim to reduce the causes or effects of the climate crisis, including resources from the public and private sectors, through multilateral, bilateral, national, regional and private channels.

The Amazon territory has several initiatives and articulations to promote sustainable development. The climate finance agenda in subnational governments in the region, however, has received little attention. An initial mapping of the policies and instruments in force in the capitals of the Brazilian Legal Amazon shows that there are few cities with a structured agenda for mitigation and adaptation.

Seeking to reverse this scenario, the project “Financing for Local Climate Action in the Amazon” was launched, a partnership between ICLEI South America and the Instituto Clima e Sociedade (iCS) with the intention of increasing access to financing for climate action site in the Brazilian Legal Amazon region.

The project was launched in a webinar this Tuesday (29/06) with the participation of 129 people from more than 54 locations, including members from the three spheres of government, academia, civil society and third sector organizations.

President of the Porto Velho Development Agency, Marcelo Thomé highlighted the need to connect the demands and opportunities of the Amazon region with private funds and companies that want to invest in this territory. The Secretary of Environment and Sustainability of Manaus, Antonio Stroski, recalled that the capital of Amazonas has been an increasingly frequent stage of extreme weather events such as large floods that affect the urban area and riverside communities. “A clear impact of climate change”, he pointed out.

For the superintendent of the Sustainable Amazon Foundation (FAS), Virgílio Viana, the region’s current challenge is to overcome an economy driven by deforestation to achieve an economy focused on valuing the standing forest, creating solutions adapted to the Amazonian reality and focused on people and for the conservation of natural capital. “We urgently need to build resilience programs to extreme weather events in the Amazon, which are already happening. The adaptation agenda is extremely relevant and it is necessary to strengthen the capacity of city halls to elaborate projects capable of dialoguing with international financing mechanisms.”

Comprised of the states of Amapá, Amazonas, Acre, Maranhão, Mato Grosso, Pará, Rondônia, Roraima and Tocantins, the Brazilian Legal Amazon comprises 59% of the national territory, comprising 772 municipalities and approximately 23 million inhabitants, of which 70% live in urban areas. Among the cities in the region, 19 are associated with the Global Pact of Mayors for the Climate and Energia e Palmas is part of the Climate Action Alliance – ACA Brasil.

“We cannot think of a single solution to be applied in all territories, as they are heterogeneous. The solutions need to be thought of from the bottom up”, defended Nicoletti. “It is necessary to know the territorial challenges in order to debate development models that are adaptable to each one of them.”

The project also intends to make up for the lack of regional mechanisms for disseminating knowledge and exchanging successful experiences, encouraging cooperation and new governance models. In addition to creating a space for dialogue between cities and financial institutions operating in the Legal Amazon, the project provides for the publication of materials on the preparation of financeable climate projects to be published on the subnational platform Para o Clima, led by iCS.

Contribution to the Brazilian NDC

The Executive Secretary of ICLEI South America, Rodrigo Perpétuo, highlighted three aspects that will guide the project’s implementation: the representation of Amazonian cities; encouraging the exchange of experiences and inter-municipal cooperation; and climate ambition. “The intention of this project is to give light to the experiences of the municipalities and allow Amazonian cities to have one more instrument in their favor in the pursuit of sustainable development.” Perpétuo also emphasizes the importance of Amazonian cities to expand their role in the international climate agenda, through their participation in the COPs (UN Conference on Climate Change) 26 and 27.

For the Coordinator of the iCS Climate Policy and Engagement Portfolio, Marina Marçal, the growing rate of deforestation in the Amazon, added to the increasingly latent need for a green and fair economic recovery, make financing for the region even more attractive. “Subnational actors have felt the urgency to seek their own resources to carry out climate action projects. As cities increase the technical potential to create financeable climate projects, there is a direct contribution to the implementation of the Brazilian Nationally Determined Contribution (NDC), since cities are largely responsible for both adaptation and mitigation actions to climate change.”

Deputy Executive Secretary of ICLEI South America, Rodrigo Corradi closed the event by reinforcing the need for political commitment of Amazonian municipalities with the climate agenda. “Creating politics is creating commitment. We are very pleased to start this process aimed at supporting cities in the region to qualify their technical bodies and access the financing available for the territory.”

Among the project’s next steps are the articulation with governments and organizations working locally on the climate agenda, in addition to a meeting on political commitments and an invitation to the first training sessions.

Check out the full event:

Since 2019, ICLEI South America has sought to deepen its operations in the Amazon region, strengthening relationships with local actors and governments. In this sense, it has developed initiatives and projects to understand the challenges of urban dynamics in this territory and think of solutions capable of boosting sustainable development with the maintenance of the standing forest.

The Pan-Amazon Cities Forum (FCPA), for example, is a multi-actor process that fosters horizontal dialogue and the exchange of knowledge and experiences between local governments in the pan-Amazon region. The initiative, facilitated through a partnership between ICLEI South America, WayCarbon and the Konrad Adenauer Foundation, through the Regional Program for Energy Security and Climate Change (EKLA), brings together representatives from the cities’ Planning and Sustainable Development portfolios Amazon in Brazil, Colombia, Ecuador and Peru.

Regarding financing for local climate action, among the experiences that serve as a reference for the project, the LEDS Lab stands out, an initiative that developed a methodology to strengthen capacities and support for the structuring of financeable projects. The methodology was applied in four cities – two in Brazil and two in Colombia. Four pilot projects for solar energy generation and four educational centers are being installed to demonstrate the potential for promoting physical interventions in cities as an unfolding of a learning process and linked to climate policies and commitments.