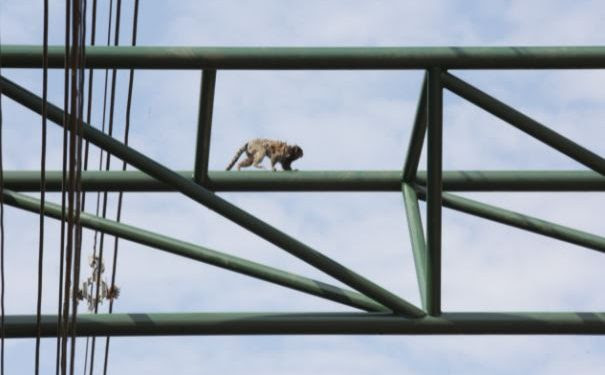 City of Campinas, Brazil, implements works to improve the quality of life and preserve the region’s wildlife

Located in the northwest of the state of São Paulo, the city of Campinas is implementing three new arboreal wildlife passes.

Located in the northwest of the state of São Paulo, the city of Campinas is implementing three new arboreal wildlife passes. One intervention is located on the Rhodia road, over the Anhumas stream, and two on the José Bonifácio Coutinho Nogueira highway, one close to Fazenda Santa Mônica and another close to the city’s Ecological Park.

The delivery of tickets is part of the INTERACT-Bio project and aims to improve the use and management of natural resources in fast-growing cities and the surrounding regions, especially in relation to the provision of essential services for the daily lives of cities and, at the same time, boost the conservation of biodiversity and ecosystems. In Brazil, the project is implemented in Campinas, Londrina and Belo Horizonte.

The works are also part of the RECONECTA RMC initiative, which aims at cooperation between the 20 municipalities in the Metropolitan Region of Campinas and aims to promote actions for the recovery and conservation of fauna and flora in all cities in the region.

“This regional articulation in favor of environmental recovery, valuing ecosystem services and in defense of biodiversity to reconnect green areas of the MRC, through ecological corridors, is already a reference worldwide and brings us enthusiasm and hope in a moment of apprehension ”, says Rogério Menezes, Secretary of Green, Environment and Sustainable Development of Campinas.

According to a survey by the Brazilian Center for Studies in Road Ecology (CBEE), 15 animals are killed per second in Brazil – that is, 1.3 million per day or 475 million per year.

For Rodrigo Perpétuo, executive secretary of ICLEI South America, the inauguration of the works is a moment of great representation and consolidation of the work developed by ICLEI. “The implementation of the demonstration projects represents an advance in the country’s sustainable urban development path, as they drive the institutional strengthening of the participating regions, the implementation of Nature-based Solutions, the promotion of ecosystem services and the sustainable urban development that thinks in a better future for everyone.”

This type of solution, which is common around the world, is gaining more and more space on Brazilian highways. Fauna passages can vary between some types: underground, which are species of tunnels that connect one vegetation space to another (despite being tunnels, they are lined with some materials to look as natural as possible); the ecoducts, which are green “walkways” (concrete viaducts lined with the forest in the region for the traffic of animals); finally, another common fauna passage is the suspended one, which are wooden structures, similar to a bridge, allowing routes for small animals, such as arboreal and scansorial animals.

In addition to preserving wildlife, the wildlife passages also ensure the protection and safety of road users.

The Metropolitan Region of Campinas has stood out in the fight against the climate emergency and corrections to biodiversity. One of the most recent initiatives was the launch of the Action Plan for the Implementation of the Area of ​​Connectivity (AC) in the Metropolitan Region, which took place in April this year. The Plan processes a new paradigm for the regional management of biodiversity and for the promotion of ecosystem services, consolidating the results of the articulation between the 20 municipalities in the region. Illustrating its avant-garde performance, the region becomes the first in the country to launch a regional biodiversity strategy in a collaborative way.

The connectivity of remaining green areas in the metropolitan region is a strategic factor for a future where nature is an integral part of solutions to urban challenges. By joining remnants of vegetation through this Area of ​​Connectivity, the connection of the landscape will facilitate the gene flow between populations of fauna and flora, promote more sustainable practices in locally developed economic activities, such as agriculture, and make the territory more resilient to change in climate and its impacts. Fauna passages are projects that demonstrate how the metropolitan region can act towards the fulfillment of the goals established in the Plan.

INTERACT-Bio is a four-year project designed for improving the utilization and management of nature within fast-growing cities and the regions surrounding them. It aims to provide expanding urban communities in the Global South with nature-based solutions and associated long-term benefits.

The project will enable governments at all levels – from local to national – to integrate their efforts for mainstreaming biodiversity and ecosystem services into core subnational government functions such as spatial planning, land-use management, local economic development and infrastructure design.