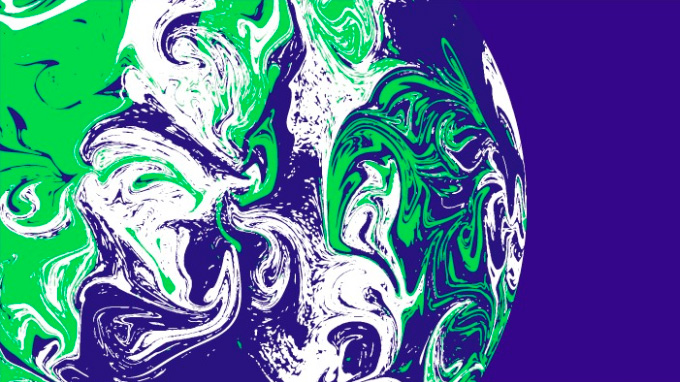 Check out the highlights of South American governments agenda at COP26

To have the chance to limit global warming to 1.5ºC, emissions must be halved by 2030 and reach neutrality by 2050. In other words: only a set of ambitious, immediate and unprecedented actions can reverse the detailed catastrophic scenario in the last report of the IPCC – Intergovernmental Panel on Climate Change (IPCC), released in August 2021.

ICLEI’s global network will actively participate in COP26, ensuring that the voices of local governments are heard in a space historically considered to be national level negotiations. Check below the main events of the delegation of South American cities that are part of ICLEI Network.

On the first day of COP26, São Paulo Governor João Dória will participate in a press conference that will highlight the climate actions of local and subnational governments and their contributions and expectations for the conference.

ICLEI’s global president and mayor of Des Moines (USA), Frank Cownie, will also be at the press conference, along with representatives from Japan’s Ministry of Environment, the Glasgow City Council and UN Habitat.

The first session will be attended by leading names from ICLEI, such as the General Secretary, Gino Van Begin, the Director of Global Advocacy, Yunus Arikan, and the President, Frank Cownie. It will also be attended by the Minister of Environment of Misiones (Argentina), Patrício Lombardi.

02.11 – Time4MultilevelAction Dialogue: Latin America and the Caribbean Regions and Cities Towards a Finantiable, Low Carbon and Resilient multilevel development

With the participation of the entire delegation of the ICLEI in South America, the panel will address the actions and needs of local and subnational governments in the region related to priority themes for the Presidency of COP26: climate financial flows and mitigation and adaptation policies.

The dialogue will promote a unified voice of Latin American local authorities to leverage climate ambition.

03.11 – Climate finance in the Amazon: the role of development banks

During the panel, the Alliance for Financing the Amazon will be launched, which will identify gaps, risks and opportunities for the performance of development finance institutions in the Amazon region. Organized in a partnership between ICLEI and ABDE, it will have the participation of Manaus (Brazil).

03.11 –  Flow of funding to accelerate innovation and partnership for climate action

The session will bring together local government representatives and financial experts to discuss how to improve collaboration and high-level action, enabling cities to accelerate their climate ambition. Participation of Envigado (Colombia).

03.11 – Eliminating the climate finance gap in the territory: solutions for the development of bankable projects ​​and adequate financial instruments

It will present experiences of different actors in the financial ecosystem with financial tools, services, methodologies and instruments, opening the discussion to identify innovative areas to fill the climate finance gap at the local level. It will have the participation of Misiones (Argentina).

It will explore the interconnected issues of investment needs for inclusive infrastructure and climate in low- and middle-income countries, the role of circular economies in meeting Paris Agreement targets, and circularity as an industrialization strategy. It will have the participation of the Secretary of Environment and Sustainability of Porto Alegre (Brazil), Germano Bremm.

The event will showcase the importance and impact of UK, State of São Paulo and Latin American partnerships when it comes to combating our most pressing challenges in the race to reach Net-Zero.

06.11 – Subnational governments’ voice being heard: learning from the Edinburgh Declaration

It will feature the participation of representatives of Misiones (Argentina) and Niterói (Brazil).

07.11 – Under 2 Coalition – From rhetoric to reality: Funding climate solutions in Latin America

08.11 – Accelerating the implementation of the Climate Action Plans of municipalities in Latin America

This session will dialogue about different experiences facilitated by the GCoM and ICLEI to contribute to the implementation of the Climate Action Plans of Latin American cities, through diagnostic and financing instruments. It seeks to create a space for exchange to highlight experiences put into practice, and opportunities that may be relevant to materialize the ambitious commitments of Latin American cities in the framework of COP26.

The  event aims to understand the reality of climate and green economic development agendas that already exist in different Brazilian states, highlighting challenges and opportunities for partnerships in green development and climate finance that can accelerate the transition towards carbon neutrality in Brazil.

09.11 – Sustainable, integrated and inclusive urban development to transform cities for people and planet: the importance of multi-level governance

This event will showcase the importance of multi-level governance in enabling ambitious actions to shift towards net zero-carbon, resource-efficient, nature positive and socially equitable cities. It will feature the participation of ICLEI’s special envoy for Latin America, Geraldo Julio.

10.11 – Game On: City Ambitions Towards Future-Proof and Equitable Mobility Systems

The side event aims to bring together ambitious plans and actions in achieving net-zero in transport, where transportation stands now with respect to climate change emergency, where it needs to go, and how to get there while bridging the gap between ambition and action. It will feature the participation of representatives of Buenos Aires (Argentina) and Manizales (Brazil).

11.11 – Cross dialogues: multilevel conversation between the Brazilian executive and legislative on COP 26 and the implementation of the climate agenda

The session will aim to promote a dialogue between authorities in order to elucidate what are the possible and necessary actions for the implementation of the Brazilian NDC, as well as to accelerate climate action through collaboration between powers and multilevel. Promoted by Brazil Climate Action Hub.